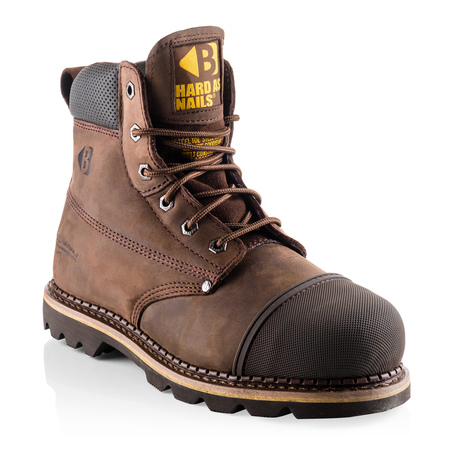 Eighteen years ago, Buckbootz launched the UK’s first full range of safety footwear fitted with anti-penetration midsoles using HARD AS NAILS® sub branding to promote the concept. Within a short period of time every safety footwear style in our range incorporated this feature. The B301 with its real rubber anti scufftoe and original design distinctive notched welt strip has become a safety boot classic.